The Knowles lab develops and applies machine learning methods for data analysis challenges in genomics. We're particularly interested in understanding the role of transcriptomic dysregulation across the spectrum from rare to common genetic disease. This involves better characterization of the genetic and environmental factors contributing to mRNA expression and splicing variation. We collaborate with diverse research groups at NYGC and beyond collecting large-scale genomics datasets in the context of neurological disease and developing novel genomic technologies including single cell methods, forward genetic screens and long-read transcriptomics.

If you're interested in machine-learning-flavored genomics, gene regulation and/or RNA splicing, please get in touch! We have experimental lab space so that includes wet lab people looking to do damp (mixed computational/experimental) projects. I'm also interested in hearing from machine learning folks who are curious about applying their expertise in genetics/genomics.

All lab members will have the option of being cross-trained in both computational analysis and experimental work. Postdocs and students are eligible for an appointment at Columbia University.

We developed LeafCutter to identify, quantify and test variable intron splicing events, obviating the need for accurate transcript annotations and circumventing the challenges in estimating relative isoform abundance (link). An early version of LeafCutter was used in our study linking complex disease and splicing.

Phenotypic variation results from the interplay of genotype and environment: in particular genetic variation can modulate the transcriptomic response to perturbation. However, detecting gene by environment effects on the transcriptome is challenging in observational data. We developed a computational method, EAGLE, which leverages allele-specific expression as a controlled, with-in individual test of the influence of environment factors on different genetic backgrounds. Code is available on github.

Direct in vitro perturbation of cells can greatly increase power to detect GxE interaction effects due to increased effect sizes and controlled conditions. We have used human iPSC-derived somatic cells to understand the genetic basis of cardiac sensitvity to doxorubicin. Anthracycline-cardiotoxicity (ACT) is a common side-effect of chemotherapy, but its genetic basis and molecular mechanism remain unclear. We measured transcriptomic and cellular damage response to doxorubicin in a panel of iPSC-derived cardiomyocytes from 45 individuals. Using a novel, efficient linear mixed model, suez, we identified hundreds of loci that interact with ACT response. These response-QTLs are significantly enriched in ACT GWAS (link).

Variational methods offer a computationally efficient alternative to Markov chain Monte Carlo algorithms for inference in Bayesian probabilistic models. My work allows such methods to be more easily applied to a broader range of probabilistic models. I extended variational message passing to "non-conjugate" (intuitively, less tractable) models, and incorporated this method, Non-conjugate VMP (NCVMP), into the publicly available Infer.NET software package. Later, Tim Salimans and I did early work on using Monte Carlo estimation within variational learning, which is now an active subfield of research under the moniker "Stochastic Variational Inference".

Bayesian nonparametric (BNP) models are a category of statistical methods that automatically adapt their complexity to observed data. I have developed BNP methods for hierarchical clustering, heteroskedastic multivariate regression, network data, variable clustering and nonparametric sparse factor analysis (NSFA). In particular, NSFA is able to adaptively choose an appropriate number of factors from data. I used this method to delineate gene co-expression modules from microarray data, and other researchers have subsequently used it in diverse applications including image denoising and EEG analysis. 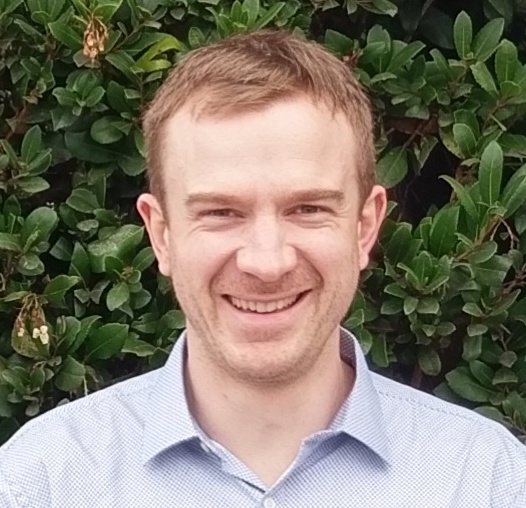 I was a post-doctoral researcher at Stanford University with Sylvia Plevritis (Center for Computational Systems Biology/Radiology) and Jonathan Pritchard (Genetics) having previously worked with Daphne Koller prior to her move to Coursera. I did my PhD with Zoubin Ghahramani in the Machine Learning group of the Cambridge University Engineering Department. I was the Roger Needham Scholar at Wolfson College, funded by Microsoft Research. My undergraduate degree comprised two years of Physics before switching to Engineering to complete an MEng with Zoubin. I took the MSc Bioinformatics and Systems Biology at Imperial College in 2007/8. You can download my CV 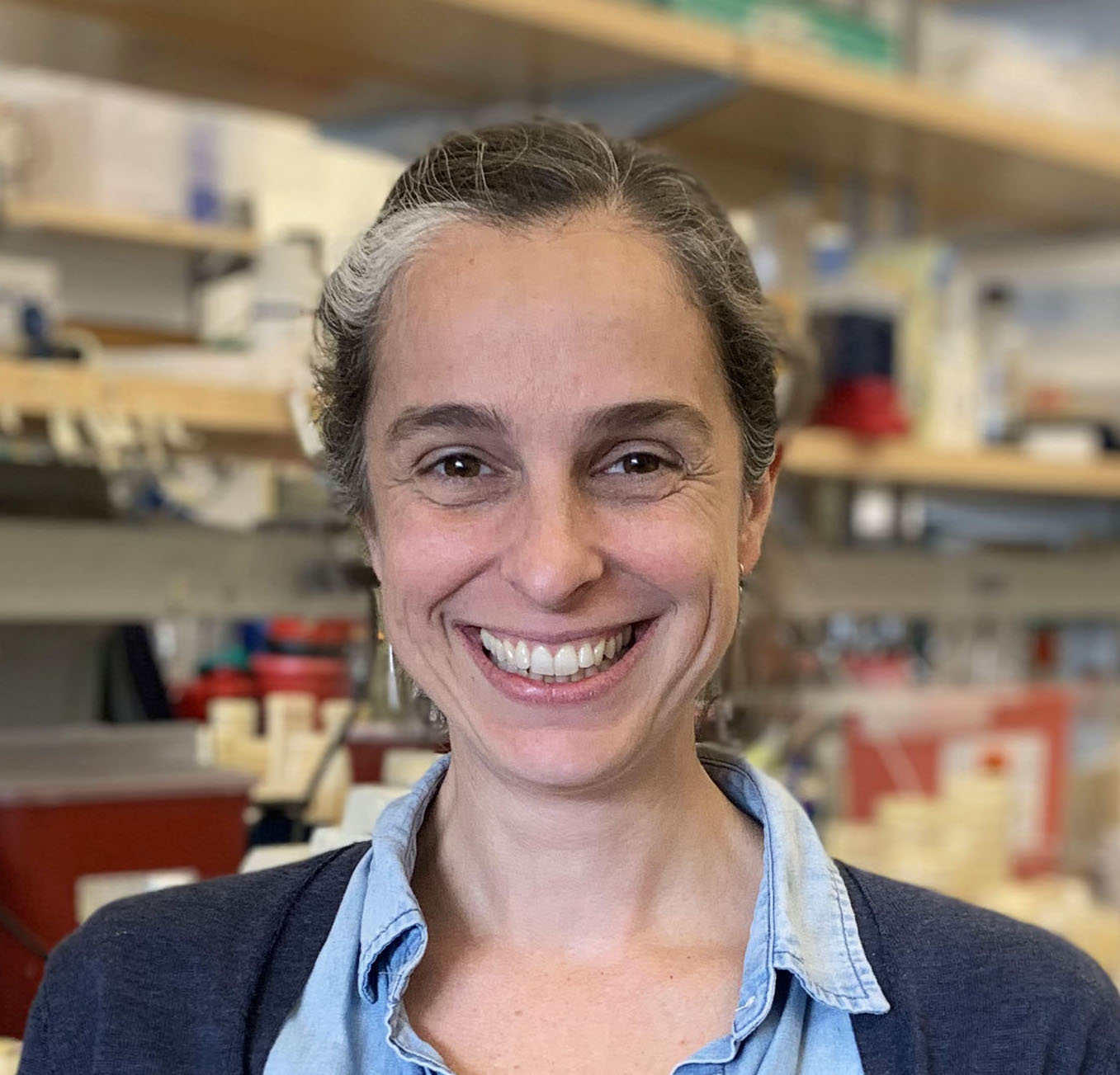 Laura joined the New York Genome Center as a Staff Scientist and Lab Manager for David’s lab. She is working on determining what is the contribution of genomic sequences and RNA-binding proteins in regulating splicing in different cellular contexts with a focus on neuronal function. In the lab, we use in vitro differentiation models of human embryonic stem cells together with CRISPR/Cas systems to understand how splicing decisions are undertaken at a molecular level.

Laura has a B.S in Biochemistry from the Universidad de la Republica, Uruguay. She obtained her PhD at the University of Illinois at Chicago studying the transcriptional networks involved in regulating embryonic stem cell self-renewal and differentiation. For her postdoctoral training, Laura joined Oliver Hobert’s Lab at Columbia University. As a postdoc she studied what signals are required to induce and maintain neuronal identity to give rise to the adult sexually dimorphic nervous system.

Outside of work, Laura enjoys playing volleyball, biking on the Hudson and spending time with her family at the many NYC playgrounds and museums. 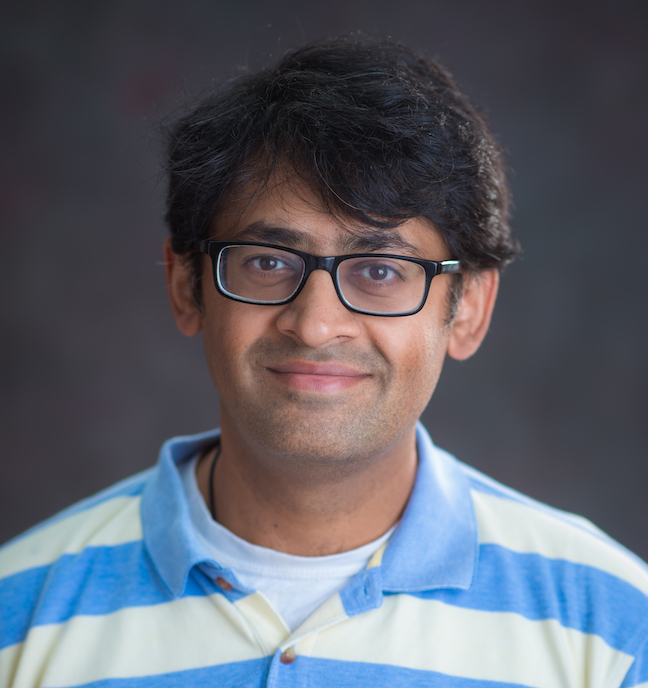 Chirag is broadly interested in utilizing methods from machine learning and statistical genetics to elucidate the biological function of genetic variants. Before joining NYGC he was a postdoctoral fellow in the Department of Biomedical Informatics at Harvard Medical School mentored by Chirag Patel. Before joining Harvard he worked in industry as a data scientist at Zaloni, Inc and HelloWallet. He received his PhD in mathematics at North Carolina State University. His undergraduate degree was also in mathematics from North Carolina State University. Outside of the lab he likes to spend time with his family either at home or exploring the city. 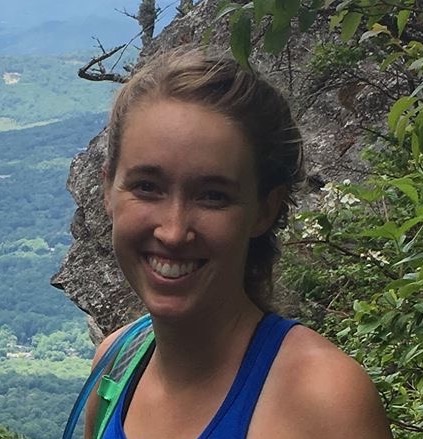 Megan joined the Knowles Lab as a postdoctoral research associate in 2019. She is interested in integrating human genomics and molecular biology to better understand the role of non-coding RNA in the brain. She originally completed a BS in biochemistry from Lee University in Tennessee, and obtained her PhD under the mentorship of Mauro Calabrese at UNC-Chapel Hill. There, she led a project to study how cis-acting long non-coding RNAs efficiently target and spread Polycomb Repressive Complexes to compact chromatin and repress nearby gene expression. Outside of the lab, she enjoys hiking, playing volleyball, and eating Mexican food. 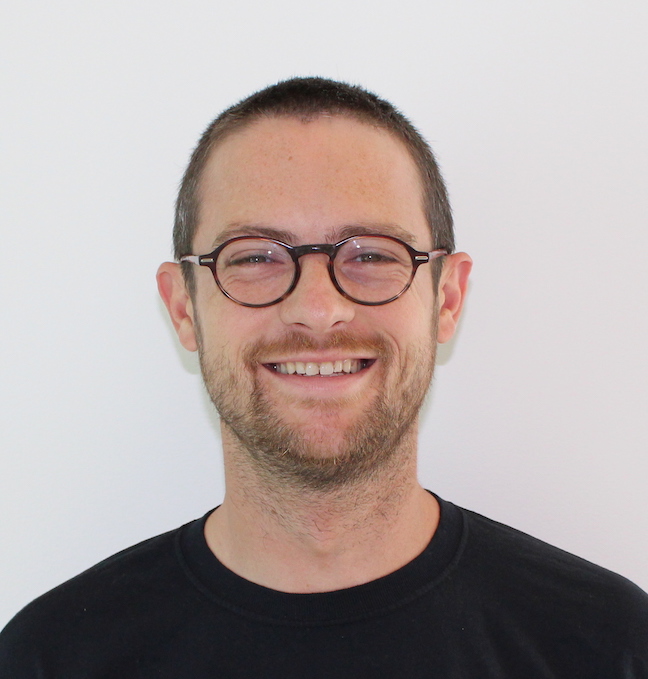 Brielin is a research fellow at the Data Science Institute, jointly affiliated with the New York Genome Center. Brielin's research lies at the intersection of machine learning and genomics. He is broadly interested in understanding how genetics and environment combine to lead to disease through changes in cellular function. To this end, he develops machine learning algorithms for modeling and inference in large-scale genomic studies. Before coming to Columbia, Brielin completed a PhD in Computer Science from the University of California, Berkeley and worked as a computational biologist at Verily Life Sciences. As a PhD student, Brielin was supported by an NSF fellowship and Chancellors fellowship for graduate study. He completed his undergraduate studies at the University of Virginia, earning a BS in Physics and a BA in Computer Science. In his spare time, Brielin enjoys techno music and is an avid surfer. 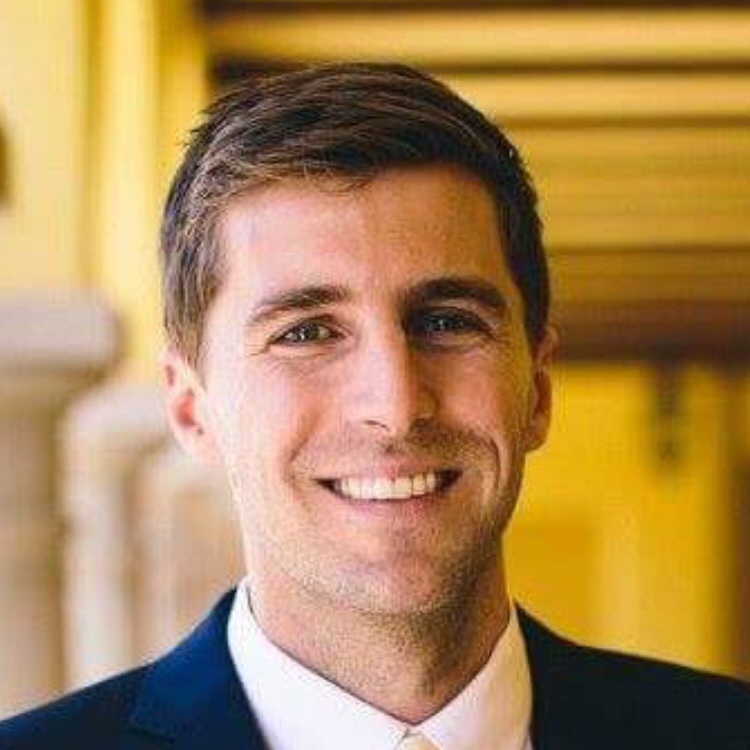 Andrew is a PhD student in the Computer Science Program at Columbia University, where he recently completed his Master’s degree. He is broadly interested in developing deep variational Bayesian inference techniques with an eye for biological applications. Prior to Columbia, he was designing sensors, embedded systems, and algorithms for consumer wearable technologies and has taken several products to market. During this time, he developed a passion for research and machine learning that compelled his return to graduate school. He received a BSc in Electrical Engineering from Johns Hopkins University in 2008. Andrew is an avid telemark skier. When there is no snowy mountain to be found, he is on his bike preparing for when there will be. 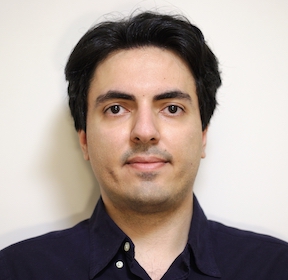 Ali is a Ph.D. student majoring in Computer Science at Columbia University, where he follows his growing passion for machine learning and network science. He prefers the Bayesian viewpoint over that of frequentists' simply because that coincides with his research interests! He sees Computational Biology as an exciting area where machine learning applications would help solve intriguing problems. He pursues this interest in New York Genome Center as an affiliated researcher. He got his Master's degree in Computer Science from Colorado State University, where he worked on a few problems in Bioinformatics related to genome co-assembly and RNA-RNA interaction. Lately, his interests have been directing him toward the intersection of genomics and systems biology. In his free time, Ali spends time learning to cook authentic cuisines and enjoys watching films (not movies!). He occasionally plays his guitar when no one is around! 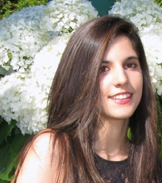 A creative and curious thinker, Nasrine is a master graduate student at Ecole Polytechnique Federale de Lausanne, Switzerland. She is completing her Master's degree in the Bioengineering Program along with a Minor in Biocomputing. During her studies and internships, she developed a keen interest in computational biology: she would like to focus on leveraging machine learning algorithms for computational biology to help understand genetically-linked diseases. 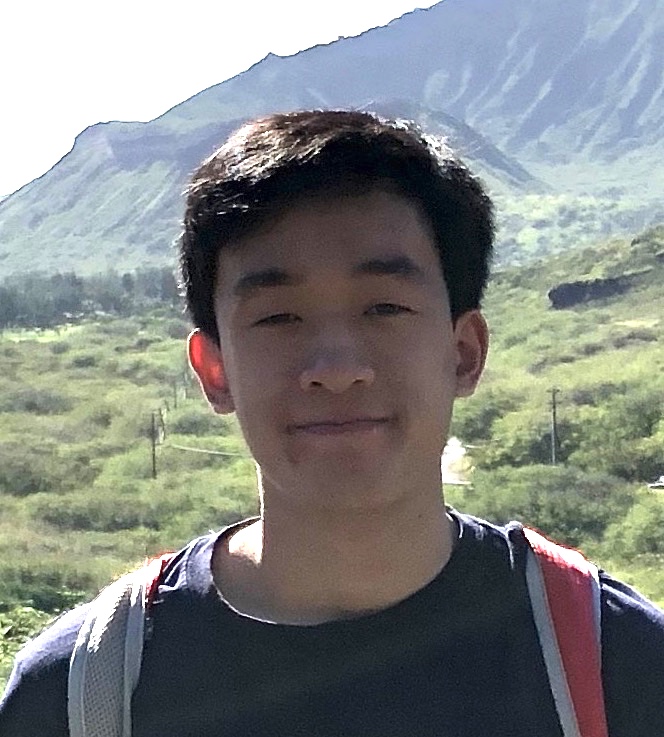 Collin is a first year computer science major at Columbia University with an interest in developing and applying novel machine learning methods to understanding the behavior of alternative splicing and RNA binding proteins. Previously, he has worked on developing models to understand the behavior of transcription factors and non-coding genetic regulatory variants. In his free time, Collin enjoys running, snowboarding, reading, and listening to country music. 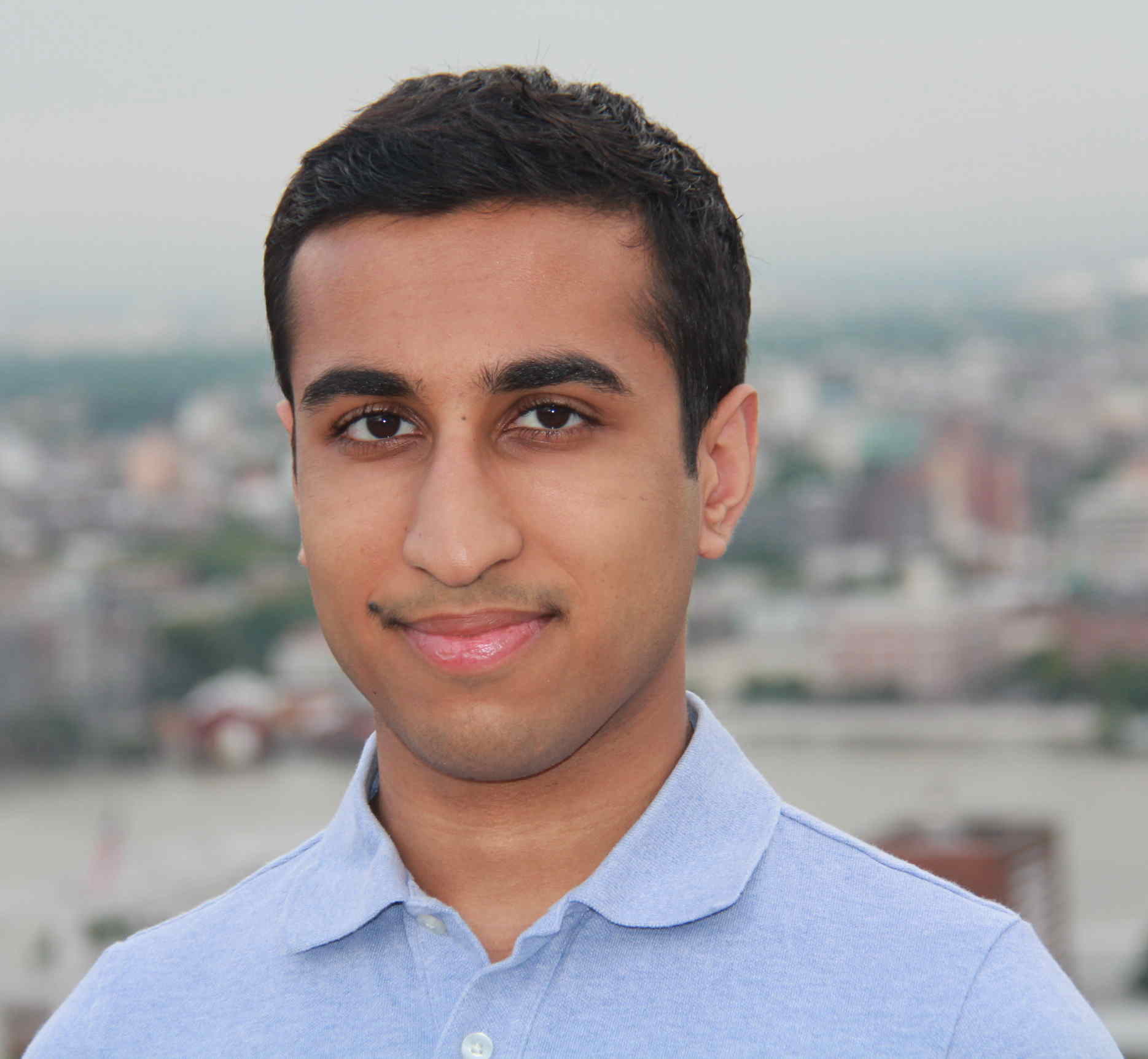 Udai is an undergraduate student at Columbia Engineering studying Computer Science. He is interested in applied machine learning and probabilistic modeling, and is currently exploring active learning approaches with applications in computational biology. In his free time, Udai enjoys skiing and playing tennis. 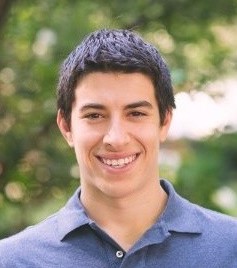 Stephen was a Master's student in the Computer Science Program at Columbia and is now at Dyno Therapeutics. He's interested in machine learning methods that can assist with mechanistic understanding of biology. Before joining Columbia, he worked as a backend software engineer, which prepared him for his current work with machine learning and biology by teaching him that everything's always more complicated than expected.

All of my (recent) code is on github, in particular: Code from older projects:

I was involved with running the Cambridge University Statistics Clinic. At Stanford I help out with SMACC: Statistical, Mathematical, and Computational Consulting.

I gave journal club was on convex optimisation. I think I finally got my head round Lagrangian duality, and hopefully came up with a reasonably intuitive explanation. My focus is on intuition rather than rigor, and is based almost entirely on Boyd and Vandenberghe's tome. I thought I should write this up while it's still fresh, so here you go: Lagrangian Duality for Dummies

Following my work on 454 pyrosequencing error rates with Professor Holmes, I was asked about how to calculate a p-value for comparing two draws from a Binomial distribution to test the hypothesis that the number of substitutions seen in the sample is significantly greater than the number of substitutions seen in the control. There is actually no need to use the Poisson approximation, and the Binomial distribution very naturally takes care of varying coverage. I explain my approach here.

During my PhD I was a part-time developer of Infer.NET. I wrote a blog post about some of the features we added in Infer.NET 2.4, see here.